The MPIC Board has decided that current Board members should serve as Acting President for two-month rotations. The Acting Vice-President will also serve for two months and move into the Presidency for two more months. Each Board Member has volunteered for this. Past Presidents, and the Treasurer position will not participate. This rotation will continue for 2020-2022. Questions and comments for the current MPIC President should be sent to: mpicpresident@gmail.com. Questions and comments for the club should be sent to miralomapark@gmail.com. 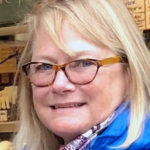 JOANIE VAN RIJN | PAST PRESIDENT
Joanie moved to Miraloma Park in 2005. She and her husband, Guido, began an annual Halloween Party and a Spring BBQ for the neighborhood held in the Los Palmos Community Garden. This continued for over 12 years. Currently they still hold a tree lighting party in December for the neighbors with spiked punch and signing carols. Joanie is a steward of the Los Palmos Community Garden. She is also the NERT Coordinator. Joanie was elected to the MPIC Board in 2016. She is the Government Affairs Coordinator and enjoys working on the website. She became President in 2018 and appreciates all the work the Board is doing to keep Miraloma Park the best neighborhood in the city. 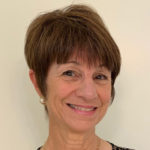 JEAN PERATA
Jean has lived in Miraloma Park since 1992. She and her husband, Dennis, are now both retired. Jean enjoys the garden feel of the neighborhood and walking in the neighborhood. In addition to being on the Board, she is on the Publicity Committee (which produces Miraloma Life and maintains the MPIC website) and is engaged in other Board projects. Building community and preserving Miraloma Park’s unique environment is important to her. 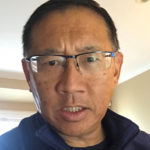 ROBERT GEE | PAST PRESIDENT
Robert is a lifelong San Franciscan who moved to Miraloma Park in 1998 with his wife and daughter. Robert is a CPA and recently retired from the Federal Government. He previously served two terms as MPIC President and focuses on Safety, Resiliency, Disaster Preparedness, NERT, Publicity, Block Champions and Clubhouse programs. In his free time, Robert enjoys biking and running around the hills of Miraloma Park in preparation for his many multisport events. Just yell to let him know you are passing him on his left! 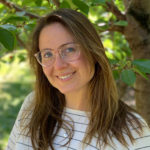 STEPHANIE BOUDREAU MA | RECORDING SECRETARY
Stephanie and her family moved to Miraloma Park in 2017. Her son recently started at Miraloma Elementary and is excited to connect with more families in the neighborhood. When she isn’t working, you’ll often see her zipping through the neighborhood on a scooter with her son. Feel free to stop and say hello. 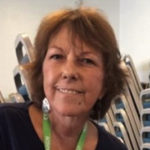 DARLENE RAMLOSE
Darlene has lived in Miraloma Park for 5 years. Darlene is co-coordinator for NERT, a block champion, and member of Resilient Miraloma Park, and serves as MPIC board member chair for senior citizens. Darlene is the Coordinator for Miraloma Community Connectors senior program. Darlene’s background is Health Care, Nutrition and Disaster Preparedness. 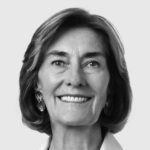 KAREN BRESLIN | PAST PRESIDENT
Karen has lived in the same Miraloma Park home since 1966. She has served in various leadership roles on the MPIC Board since 2005 including as President and Chair of the Transportation Committee. She is currently the Chair of the Zoning and Planning Committee and MPIC delegate to the Coalition of San Francisco Neighborhoods and the West of Twin Peaks Central Council. She is retired. 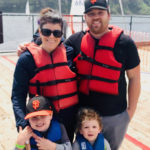 THOMAS O’BRIEN
Thomas is a litigation and estate planning attorney who has lived in Miraloma Park with his wife, Susan, since 2013. They have two young boys who attend Miraloma Elementary and Wind in the Willows Preschool. Thomas and his family have enjoyed many MPIC events over the years. Thomas joined the board in October 2018 after reading about the need for new board members in the Miraloma Life. Since joining the board, Thomas has taken on the Membership Chair position, and led a past renewal drive that increased membership by almost 112%, from 340 to 720, in just two years. Thomas hopes to continue to help increase membership by encouraging residents to look to the MPIC as a neighborhood social hub. 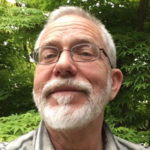 TODD SIEMERS
Todd was born and raised in Wisconsin. He has lived in Miraloma Park since 1981 with his wife, Linda. Todd is a retired member of Carpenters Local 22. He is the chair of the Clubhouse Committee and assists the ZAP (Zoning and Planning) Committee. Todd and Linda are proud guardians of Maggie, the latest in a distinguished line of pets. 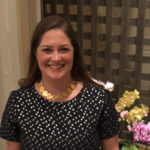 CARY MATTHEWS
Cary is a native San Franciscan and moved to Miraloma Park in 2017 with her two dogs. She became involved with the MPIC through Resilient Miraloma Park and she’s excited to become more involved in the Miraloma Park community. 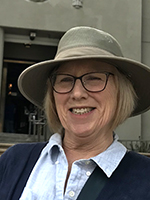 MARY FITZPATRICK | TREASURER
Mary has lived in Miraloma Park, near one of the hiking trails to Mt Davidson for about 20 years. She worked for the City and Country of San Francisco for 30 some years, retiring from the Controllers Office. She’s interested in working with MPIC on disaster preparedness. Mary is a member of the finance committee. She enjoys hiking, traveling, photography and dabbling in watercolors. 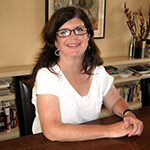 PATTI MORAN
Patti moved to Miraloma in 2012, having lived in Noe Valley for much of her adult life. She is 5th generation San Franciscan and a lifelong SF Giants fan. She volunteers when she can in the Los Palmos Community Garden. As a pet owner of two Labradors, Patti is interested in pet safety, community awareness of resources for pet owners and emergency preparedness for households with pets. Patti has spent her career in marketing and communications and is Emeritus Board Member of Women’s Audio Mission. Patti became more involved with MPIC as a volunteer with Resilient Miraloma Park and is now a member of the Finance Committee.

Stay informed with our monthly newsletter and latest announcements.

Perfect for different types of events and available to rent. Plus, it's discounted for members.

Established in 1939, we inform, advocate, and celebrate the neighborhood.

From Resilient Miraloma Park to NERT, see our list of activities and achievements or sign up to volunteer.

Miraloma Park is a community of 2,200 homes on Mount Davidson in San Francisco.